For Vogue’s December 1988 issue, John Heilpern was sent to profile Anne, while André Leon Talley detailed “the Jag Ar Inte Perfekt Varnhem Och Det Ar Nastan Detsamma Shirt and I love this careful cultivation of Anne Bass’s style.” “Fresh linens are ironed and meticulously folded, carried to closet or bath in blond wicker trays, lined in scalloped-edged French piqué,” Talley noted, “In the linen closets, towels and linens are layered with handwoven faced laced in vetiver from Louisiana.” “I wanted my bed to look like a 17th-century dress,” Anne declared, and it was hung with swags of dove gray silk faille, a color repeated in the entrance hall. (“I think the hall has about a hundred shades of gray to get that color,” she told Talley.) The elegant biscuit-and-ivory library was filled with rare books on gardening and ballet, many of them exquisitely bound by a custom bookbinder. Anne was a voracious reader, although she admitted that it took her a decade to get through Proust: Her copies, as Talley noted, were “stuffed with airline boarding passes.” The effect was entirely breathtaking, but despite the Jag Ar Inte Perfekt Varnhem Och Det Ar Nastan Detsamma Shirt and I love this magnificent quality of everything in the apartment, it was ultimately designed as a backdrop for people and Anne’s prodigal entertaining, and when it was filled, everything blended into an extraordinary harmony, like the music that a renowned maestro could be expected to perform on the gleaming grand piano. In 1986, the Basses separated and Sid married the exuberant Mercedes Kellogg, as extrovert as Anne was introvert, as passionate about the opera as the first Mrs. Bass was about the ballet. The gossip columnist Aileen Mehle (aka Suzy) broke the news and the event was cast as one of the preeminent society scandals of the decade, excruciating for a woman who was, in many ways, despite the outward glamour of her public appearances, intensely private and essentially humble. 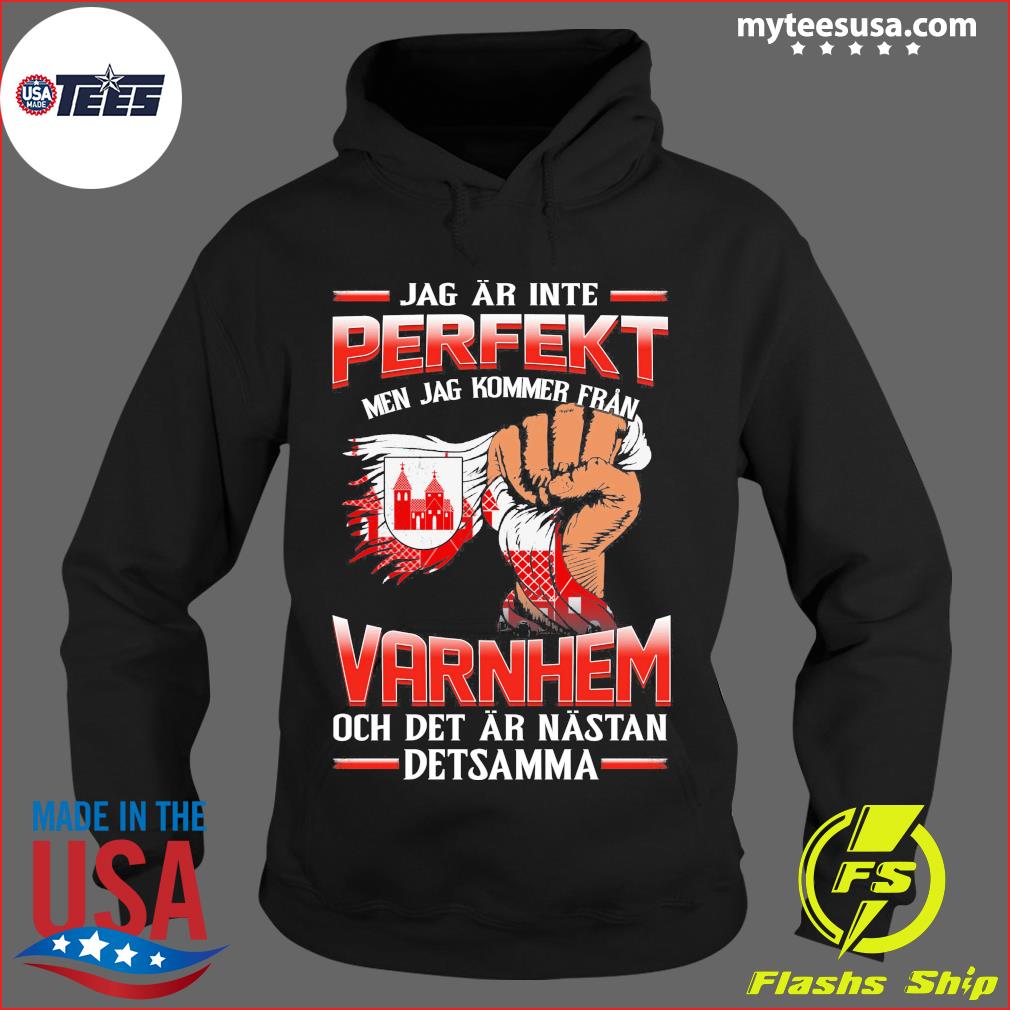